Sharing The Loss – GriefShare Helps Those In Bereavement 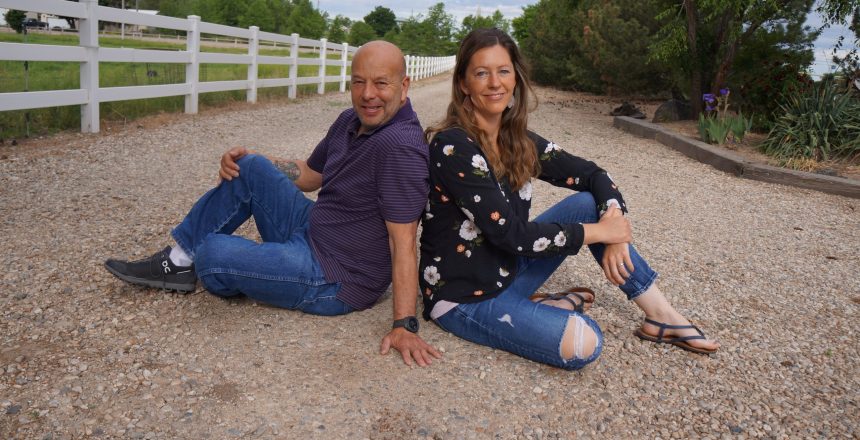 Losing a loved one can happen unexpectedly, by an accident, a heart attack, a suicide – or even over a lengthened period of time, due to a long-term illness.

For Shauna Greenfield-Stewart, her husband’s death came suddenly. “We had met in college when we were both 18, so we were college sweethearts. We got married when we were 22. Then, in August, 2005, his family had a reunion up in Cascade. His brother was home on a two-week leave from the Navy. So they borrowed his uncle’s Cessna plane and flew to Emmett, where we lived at the time, to meet with us. We were all planning to then fly up to the family reunion in Cascade. I had to go to work that morning so, that evening, I drove up to Cascade with my mother-in-law. And that’s when we learned the plane … had crashed, killing my husband, his brother, and his dad.”

Kelly Ortega suffered a similar sudden-death experience. “In 2018, we were living in Vail, Colorado, when my 13-year-old daughter, Olivia, took her own life. It was just devastating. I’ve been through loss before; I’ve lost my parents, other family members, friends. But nothing like that. It was a life-shattering experience on every level.”

Like many who have lost someone close, the grief, the heartache, the sadness, the suffering can often be unbearable.

But Psalm 34:18 says, “The Lord is near to the brokenhearted and saves the crushed in spirit.” And in Matthew 5:4, Jesus tells us, “Blessed are they who mourn: for they shall be comforted.”

And for both Shauna and Kelly, God orchestrated events in their lives to not only comfort them in their time of grief, but made it so they can now help others in similar situations.

As Kelly said, “At that time, I hadn’t thought a lot about being guided by God. And of course, we don’t know God’s plan for our lives. But when I look back, I realize that, from the point of my daughter taking her life, everything thereafter fell into place for me so quickly, what else could it be except the work of God? God told me, ‘Kelly, you need to sell your house and move to Idaho.’ We liked Idaho because of its four seasons, and the fact that it’s very similar to Colorado’s. At first, we didn’t know if we could sell our house. Well, it sold the day after we put it on the market!

“And four days after coming here to Idaho, we not only found another house, but I got a job with a plumbing company, since I’m a plumber by trade. Then, Ten Mile Community Church – the ‘little white church on the hill’ on Columbia Road in south Meridian – had a water leak. So my co-worker and I were sent out on the call. And it was on that call that I not only found the church … but eventually, a GriefShare program. It was like God had told me, ‘Kelly, you need to go to work, so you can be on this call, so you can find this church, so you can go to the following Sunday service, and be guided to this GriefShare group, so that I can continue to help you.’ So yes, God led me through that whole process.”

Through the program, he connected with others who were suffering the recent loss of loved ones – including Shauna, whose family had already been attending Ten Mile for some time. Shauna had previously been through the program herself and believed so strongly in how it can help people suffering from losses that, in 2019, she became a GriefShare program facilitator.

“GriefShare is a nationwide grief recovery support group program that’s very God-based, so it relies a lot on Scripture,” she pointed out. “It’s a 13-week program for those who have lost a loved one, be it their spouse, their parents, grandparents, children, or even a close friend.

“The sessions give everyone tools to navigate the through-the-grief journey, and helps us to receive God’s love, even in the process of our deepest sorrows. In the sessions, we also meet other people who have experienced grief. We learn from them; they learn from us. If people don’t want to talk about their grief, they’re welcome to attend anyway, and just listen and process. There are people who come who are fiercely private or, whose grief is so deep, they have nothing to say. And that’s perfectly fine.

“And really, anyone can join, anyone can show up to a GriefShare group,” Shauna added. “You don’t have to be affiliated with a particular church. Anyone can go to its website, www.griefshare.org, type in your zip code, and you can find all the churches close to you that offer it.”

Program sessions include videos that talk about grief and offer interviews with people who have lost their own loved ones, plus an easy-to-follow workbook that helps participants through their grief process. When they’re ready and if they feel comfortable sharing, attendees can also take part in a number of informal group discussions, where participants relate to others what they’ve gone through.

“The people I’ve met over the years have been truly amazing; sharing their stories of how God has helped them,” Shauna said.

The term “workbook” may seem daunting, intimidating, or even scary to some people. “But it’s not. It’s not ‘work’ at all,” Kelly emphasized. “It’s essentially spending time with God. In fact, I think the best part about GriefShare is that it’s a place to go where you aren’t alone. So whether you’re sharing your experiences with the group or feel more comfortable just listening, you’re comforted because you’re hearing from people who are experiencing the same emotions, the same struggles you’re dealing with. And you realize you’re not weird. You’re normal. And you get to see God’s goodness, His work; you get to see people being transformed over time with their grief.”

Many in the program – like Shauna and Kelly – have lost loved ones suddenly and quickly. But GriefShare also helps, for example, a person whose loved one’s health is deteriorating; where death is expected, but it’s taking time.

“I lost my grandpa last fall. He was 97,” Shauna said. “We got to be with him right before he died. So we were prepared. And that’s different from losing someone suddenly.

“Of course, everyone has their own grief journey. Whether the death is fast or slow, there’s still grief. There’s still pain,” she noted. “We have had a lot of people come through the program where their loved ones have been sick. And, especially with the still-present COVID concerns and precautions hospitals and other types of care facilities are taking, with people only being able to see their loved ones through windows, or being blocked off from them for whatever reasons, it has created a whole new layer of grief.”

“Each loss is different, of course. But grief is a journey,” Kelly pointed out. “And you experience different emotions all through that journey. Plus, there are different levels of grief.”

Such as the loss of a close friend or co-worker. “If you lose a co-worker, for example, the level of grief in losing a friend is, of course, different than if you lose a close family member, a spouse, or a child,” Shauna stated. “But in losing anyone, oftentimes people will feel isolated and very alone –  especially when other people don’t understand what you’re going through. The comments people say to you, although they mean well, perhaps are not helpful – and sometimes can even be hurtful. That’s one of the topics GriefShare covers: giving others grace and how to be understanding.

“What’s more, it’s sometimes hard to ‘fit in,’” she added. “After the loss of a spouse, for example, you don’t really fit in with your friends who are married because, obviously, you don’t have your spouse with you anymore. But you don’t fit in with the ‘singles crowd’ either, because you didn’t want to be single. And your friends often don’t know what to say.”

Kelly added, “There’s so much to learn in GriefShare. One of the points is: you aren’t just grieving the loss; you’re grieving the process of the loss, because there’s trauma and so many other things involved that pile onto your loss. So really, GriefShare is a place to go to find answers, whether you’re grieving a single loss or multiple losses.”

Being a national program, different churches across the country and their respective GriefShare groups offer different schedules. “For example, we at Ten Mile meet every Wednesday for 13 weeks. And, what’s really neat is: we’ve actually turned it into a 14-week module. On the 14th week, we have a potluck, we fellowship, and we converse about the whole process,” said Kelly. “And it creates a bonding of sorts. It’s absolutely amazing. For example, after the potluck following the group that Shauna led [that I attended], I felt so good I don’t know how to describe it!”

“And you make lifelong friendships – because you understand each other. It’s an empathy a lot of people don’t have,” Shauna added.

If you’ve lost a loved one, are still suffering grief, and may not know exactly where to turn – and it doesn’t matter if you are not affiliated with or a member of any local church – we urge you check out the GriefShare website at www.griefshare.org. You’ll find lots of helpful information and resources there.

Shauna has since remarried and continues to facilitate GriefShare groups.

Like Shauna, Kelly believes so strongly in the program that he, too, has since become a facilitator.

Steve Bertel is a multi-award-winning professional radio, television, print media, and social media journalist, who recently retired after a 30-year broadcasting career. Now a busy freelance writer, he recently released his debut suspense novel, “Dolphins of an Unjust Sea”, available on both Amazon and Kindle. Steve and his wife of 40 years live in Meridian. He can be reached at [email protected]