Michelle Alden How Her Past Shaped Her Future Career 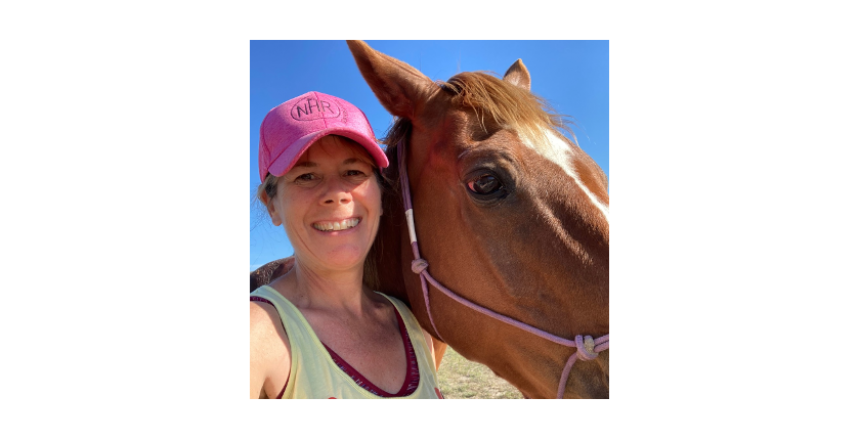 Michelle Williams-Alden didn’t have so much of an “Aha! moment” as a “What? moment” – in fact, she had two of them. Alden was adopted from foster care at age 6½. What she didn’t realize was how much that experience was shaping her decisions as she grew up.

“It’s funny. It wasn’t until I started working at the camp that I thought, ‘These are my people,’” Alden explained. But, she said, that thought was followed by a “What?,” as if it hadn’t really occurred to her before.

The same thing happened when she told her mom she was going to volunteer with Royal Family Kids. “Mom said, ‘Of course you are.’ I thought, ‘What?’ I didn’t know how my past was affecting me.”

Alden is now 54 and actively involved, both professionally and personally, with helping troubled children, families in crisis, and children who have been in and out of foster care.

Though her biological family members were not Christian, Alden nonetheless formed her own sense of the spiritual, even as a young child. “I remember always knowing who God was; I was always sensitive to praying and listening to Him. I knew Jesus from a young age and had always thought that God was taking care of me,” she said. When she was adopted, it was by a family of believers, a fact that has helped sustain her faith.

Her involvement with Royal Kids solidified her career goals, and she started doing research on abandoned and neglected children to find out how to help the kids she was working with at the camp. By then, she had already earned a bachelor’s degree in religious education and worked as a youth pastor as a teen and as a young woman in her 20s.

In 2002, she founded and directed her own nonprofit called Isaiah’s Ranch. Located in Idaho City, the ranch hosts an annual free, faith-based camp for children. “What got me into my current work is that I was training volunteers to work with the kids at Isaiah’s Ranch,” Alden said.

Increasingly, she felt motivated to help families with kids who were suffering difficult emotional and mental states, and she earned a master’s degree in family therapy. But it wasn’t all about books and degrees for her. In 2015, she went hands-on and adopted a son, Ethan.

“He came to me in 2013 and started living with me then,” Alden said. The adoption was finalized before her marriage to her husband, Scott. Now she has five biological children, a stepdaughter, and Ethan. She also has 3 grandchildren, with another on the way as of this writing.

One of her pivotal programs is one she conceived and launched herself: Family First. Family First works to keep children in the home and is a program that is part of Alden’s family therapy practice, Healthy Foundations.

“I have a big heart for kids, especially those who are often overlooked or misunderstood. I know this first-hand, as I was once a hurt child, separated from my siblings and later adopted,” she said. “I believe that a child’s family is key in restoring hope and safety and resolving past hurts and disappointments. The kids are going to have the most benefit from being with their families – family is a curative agent.”

In her private practice (in all, she is a licensed professional counselor, marriage and family counselor, and adoption and attachment specialist) people come to her office. But what is unique about Family First are its online and in-home components. “We do intensive in-home therapy, and we work with agencies that work with families. We work with Optum Idaho so Medicare funding is available to families that need it.

“It’s lonely when you have a kid with (emotional) disabilities. It takes a different skill set to parent kids from hard places. But as a parent, you are the best healing agent for your child.”

Anyone may use her counseling services, but she said she sometimes gets questions from believers wanting to know how the program fits in with Scripture. “It aligns with biblical principles; it’s trust-based,” she said, pointing out trust – and specifically trusting God – is an essential element in a Christian’s walk. That trust is important, too, in relationships between parents and children.

Alden only temporarily stopped doing in-home therapy after the outbreak of COVID-19. “As a mental health professional, I felt I needed to be available to families. We are sensitive to what a family needs; we follow the protocol the family feels comfortable with. It’s structured, but in a way that works for that family.”

Alden is also a published author, having written a series of books about faith and family. She won the Angels in Adoption Award in 2011 for a book she wrote titled, “From the Inside Out,” about adopting a child from foster care. The award is handed out by the Congressional Coalition on Adoption Institute, and Alden said of the honor, “It means a lot to me.”

Said her husband Scott, “This is just the tip of the iceberg on her. She is a strong Christian woman trying to bring her faith to the community around her.”

For more information, go to HealthyFoundations.co