Outdoors With Dougherty: Blessed By A Trip To Amazing Australia 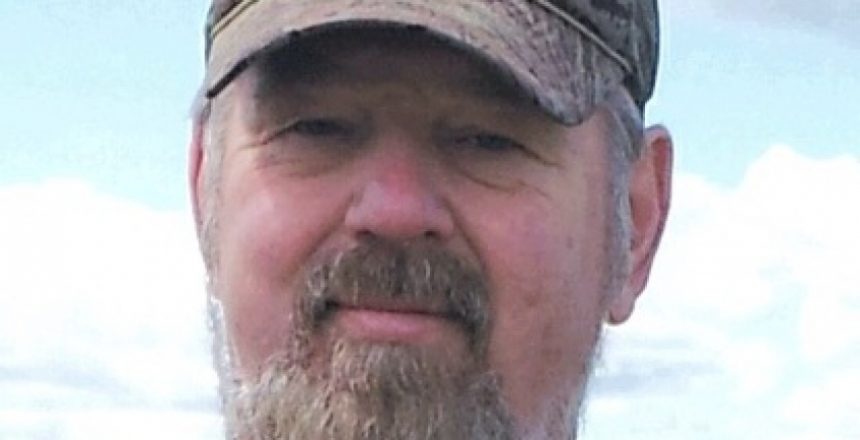 I am thankful God has given me good health, a good wife, good friends — a great life! The last two weeks of February, with our traveling companions, Ileen and Pete Gerstenberger, we traveled to Australia.

Peggy and I had spent almost three weeks in Australia in the first part of summer of 2013. We spent most of the time in Armidale on the high plateau region. It was their winter. We hiked the outback in several locations with no other people around. There were beautiful marked trails, kangaroos, wallabees, all kinds of birds (mostly members of the parrot family). It was a time of warm days and cool nights with no insects or reptiles because of the season. We also spent a week in downtown Sydney, with its tourist hangouts and people.

On that trip we were taken on a day excursion to Coffs Harbor on the Tasman Sea near the Gold Coast. It’s a favorite destination spot for the locals. We loved it. We decided that on this trip we would spend a week there and a week north of Brisbane on the Sunshine Coast. We booked it, packed our bags, snorkels and fins, and started the long journey.

Sitting alone in a long layover in Los Angeles, I spotted a gentleman having a conversation with a young man who kept having loud verbal outbursts. The younger man (maybe in his mid 20s) sat down in an unoccupied area and continued his loud soliloquy. The older gentleman and I made eye contact. He just shook his head at every outburst and looked at me and smiled. I felt a special kinship. I walked over and sat by him. He told me the boy appeared to have serious emotional problems and he had prayed for him. I asked the gentleman where he was from. He told me, with a big grin, he was a spirit-filled Guatemalan. He had been visiting his brothers in LA and was now heading home. We had a nice conversation about the goodness of God. Later, as I was leaving with my companions, he shouted across to me, “God bless you!” My wife asked who he was. Not having instant recall on his name, I answered, “A Spirit-Filled Guatemalan.” The name, Carlos, eventually came to mind (must have something to do with aging).

We arrived in Melbourne. Ileen’s suitcase and that of thirty other people never made it. We gave airport staff our Coffs Harbor address, and they said the suitcase would be delivered to us in a couple days. We flew on to Brisbane, got our rental car and drove 244 miles to Coffs Harbor. Peggy drove. She lived in England for a while and she drives well on the “wrong” side.

On our first day, we went to the beach. We had fun floating in Coffs River Estuary as the tide was going out to the ocean. We were in about three and a half feet of water with a pure sand bottom. The outgoing current was strong. Because of the buoyancy of salt water, you could float very well. With head back, feet partially out of the water in front of you and arms out to the side, you floated as your own personal raft. We repeated the process many times. We also got a good start on our Australian tan (with just a little burn).

The next morning we discovered a large spider on the wall in the entry area between our bedroom and the rest of the living quarters. I was going to swat it with a towel, but before I barely moved it ran up the wall and stopped at the intersection with the ceiling. I have never seen a spider move so quickly. I got a good picture of it. Maintenance came and removed it. It was a Huntsman spider, one of the largest species in the world. It was larger than my hand. They can get up to a foot long. They are poisonous but non-aggressive, rarely biting humans. They use their speed to catch prey, thus getting their name.

We learned that day that all the beaches were closed. Cyclone Oma was just off the Brisbane Coast. It was the first time in six years that they closed. There went our snorkeling plans. No worries, we had much to see and do. One Australian thanked us for bringing the weather with us. They had been suffering 52 days of drought and above average temperatures.

From where we were staying, a short path through the trees led to the beach. On the estuary before the trail, I got a picture of a sea bird drying its wings. On the trail, we passed bush turkeys that had no fear of us. The left side of the beach with its sights and sounds was especially impressive as waves rolled in smashing on the rocks and sending spray into the air.

Peggy, Ileen, and I headed to the nearby town of Bellinger to visit The Old Butter Factory, a historical place of antiques, shops, and dining. After lunch, we headed into the town. We went to the IGA store, a subsidiary of our U.S. company, but their “A” means Australia not America.

In the store I observed two boys browsing over the candy section. A boy in the same grade-level uniform was down the aisle about five yards. He was taking products off the shelves and reading the labels to his mother. The closest of the boys loudly asked, “Can’t your mom read?”

His mom had a big smile, smothering a laugh. Her son calmly answered, “She has always made me do it to practice my reading.” A short pause and the other boy responded, “No wonder you are such a good reader!” Mother had another big smile. With my teacher mind in the context of where we were, I instantly thought, “Good on yah, mum!”

The next day the three of us went to the rainforest at Dorrigo National Park. Pete stayed back to golf. We had a beautiful four-mile hike. The first people we met on the trail were three couples from Idaho. The older couple were from Burley and were Mormon missionaries in Armidale. I asked them if they knew my good Burley friend, Gary Belliston. They certainly did! It’s a small world! The last forty minutes it rained, and we were soaked. We picked the leeches out of our socks and headed back. On returning, a fat leech fell out of Peggy’s capris with a year’s supply of food. Because their bite contains painkillers and anticoagulants, she never felt it and it bled for four hours.

Coffs Harbor grows both bananas and blueberries. You can see the banana trees all along the hillsides. Among the trees, different colored bags were covering the bunches of bananas not yet picked. The bags serve two purposes — one to hasten the bananas’ ripening, the other to protect them from the large fruit bats in the area. The bananas are shorter but with a larger diameter than what we are used to in the U.S., but they are quite tasty.

A few of the hillsides in the area were covered with large areas of netting. Under the netting were blueberry bushes. February was just at the end of their season. The netting is to protect the berries from all the varieties of Australian birds. Because of their antioxidant and nutritional value, the berries have become very popular in the last ten years. They are sold throughout Australia, Southeast Asia, and especially in China.

On our last day in the Coffs Harbor, we traveled 118 miles straight inland to Armidale. That was a change in elevation from 65 feet to 3,215 feet. We had dinner with our friends, Thomas and Trish. We visited the university where they work, checking out the trees for koalas. We did not see any but did get some good pictures of kangaroos. It was a good trip for Pete and Ileen to see a different landscape. The high plateau of Armidale is flatter and drier.

The next morning we left Coffs Harbor, heading north to the Sunshine Coast, Australia Zoo (Steve Irwin’s), and Marcoola Beach. A week of unforgettable fun and memories. That is another story for next time.

“Life is good because God is great.”