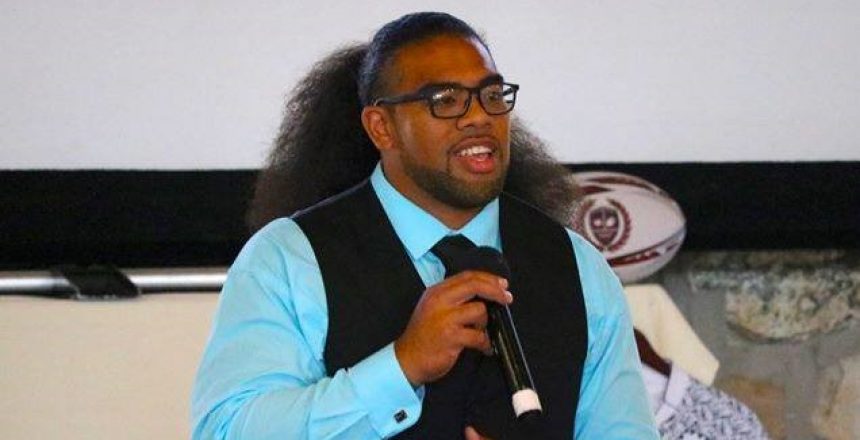 Matthew “Motu” Nu’uvali refers to his younger self as a “knucklehead.” Now 34, his criticism of himself at the tender ages of 10 and 19 sounds almost funny – like he pulled off a bit of mischief that got him sent to the principal’s office. But in fact, Motu landed in prison in his late teens, even spending time in what he calls “the hole,” or solitary confinement.

He started getting into serious trouble around age 10. “It was a combination of boredom and having the wrong friends,” he said.

He lived with his mother and brother in Meridian at the time. His father was absent, and his mother held multiple jobs to support the family. Though he admits his parents weren’t around much, he nonetheless said, “I own the reasons why I was happy being a hellion. In the beginning, it was entertaining and fun.”

His first felony was for grand theft at age 18. After that, there were multiple felonies, including aggravated assault, illegal use of a firearm, and robbery. At 19, Motu was sentenced to 5 years in prison with 15 years indeterminate, for a total of 20 years for the crime of aggravated assault and illegal use of a firearm in a felony and robbery. It was a lengthy sentence – but he was nonetheless on the fast track to turning around his entire life, almost in an instant.

“It all happened pretty quick, within my first week in solitary,” he said.

“When I went into ‘the ‘hole’, I tried to look cool. As my friends were passing by my window, I knocked on the window to get their attention. I had an ‘ah-ha’ moment – I realized they thought I was an idiot. I had never had that happen before – had friends think I was an idiot.

“In solitary, you hit rock bottom. It’s a place where you have to make decisions, and make some choices about your life. It was also a place for me to reflect. Read and reflect, not always in that order.”

The only book he had access to was the Bible, and it was a prison-specific Bible with testimonies in it. So he started reading the testimonies of former inmates. Ultimately, those life choices he needed to make turned into what he calls “ginormous changes.”

He started going to chapel to find out how to build a relationship with Jesus. “I worked to put off my old skin and put on my new skin,” he said.

After spending five years in prison, he was released. “I was blessed when I got out of prison; I had a support system.”

His support system was a friend named Joe Rawlinson. “We go way back to when I was 14 and gang-banging and being a knucklehead.”

Joe stayed in touch with Motu while he was in prison, even sending him packages from time to time; and when Motu got out of prison, Joe helped him get a job putting together modular homes. The year was 2010; that same year, Motu met a woman named Samantha and fell in love. He married her in 2012, and the couple adopted a 3-year-old daughter that same year.

Now, the former knucklehead and hellion is a choirboy – or at least, a choir man. He served as a worship leader at his former church and now sings on the worship team at his current church. As for his friend Joe, Motu said, “He became a Christian when I got out of prison and took him to church with me.”

In some ways, according to Motu, he was the same person when he got out of prison as when he went in. He hadn’t learned a thing about financial literacy, nor how to keep a job. “I had had no responsibility,” he said. Thank heavens for Joe, Motu’s support system. Because so few former prisoners have that kind of support, Motu wanted to step up and give them a hand. “I had said to myself, ‘When God puts me in a good position, I want to help.’” To that end, he launched a prison ministry called Life Support, seeking to reduce recidivism rates and help ex-prisoners to re-immerse themselves back into society.

He said Life Support takes a 4-pronged approach, teaching ex-inmates trade skills, small business ownership acumen, and ‘life support’ skills such as how to get and keep good credit and fill out a job application. Another important component of the program is mending relational bridges.

“They don’t tell people leaving prison how to mend relationships they destroyed, how to say they’re sorry to a loved one, and show accountability,” Motu said. “My mom and brother were super numb to me getting in trouble. Now, what I’m doing definitely makes them excited.”

Motu introduced Life Support into prisons in 2019, but then Covid came along. “Covid put a pause on getting my non-profit up and running,” he said, “but I will revisit my options soon. God has many doors open for me at this time and I’m literally letting Him guide me in the direction that will position me to bless as many lives as possible.”

Motu works in the Covid supplies business with a partner, Isaac Belden. The company is named Belden Nu’uvali Solutions. When the pandemic hit, Motu and Isaac asked themselves how major suppliers of PPE (personal protection equipment) were going to keep up with the demand. Motu had a supply chain of partners from his many years in the grocery and convenience store business.

He explained: “Isaac had a business opportunity through connections he had for his non-profit, Veterans Entrepreneurs Alliance, and the opportunity opened the doors for the two of us to become partners on a project to introduce Taiwanese products to the American market through my connections in the grocery and convenience industry. We started our business the beginning of March 2020 and the Covid lockdown happened quickly after. We shifted gears and I used my connections to start supplying PPE to our local municipalities and across the country for businesses and government agencies.

“Isaac is running the day to day operations currently as I have embarked on another journey that is more specific to convenience and grocery. My wife and I bought into a company my good friends own and operate to help them expand into new distribution and solidify new customer acquisition. I still work with Isaac, but all the supply chains are locked in and he handles the contracts and contacts. With Isaac being a veteran, we registered Belden Nu’uvali as a Service-Disabled Veteran-Owned Small Business. So we do a lot of federal contract work. Most of our business lately has been importing nitrile gloves and hospital gowns.”

“There he sat,” Isaac said, “this giant half-Tongan, half-Samoan with a heart of gold, on a path to change the lives of people who many had given up on.”

Motu’s heart of gold is matched by his big-as-a-bear physique. He lifts weights five days a week. “I’m at the gym around 5:45 a.m. until 7:15 a.m. Monday through Friday.”

Belden Nu’uvali Solutions has incorporated a giving-back component into its business because that’s part of Motu’s plan for “ginormous changes” in his life and to his character, and his partner is similarly motivated. “My mission statement is to bless the lives of others,” Motu said. “My eyes are always turned to the heavens. Christ helped me through His love, and made me better for others.”

For more information, go to www.beldennuuvali.com.