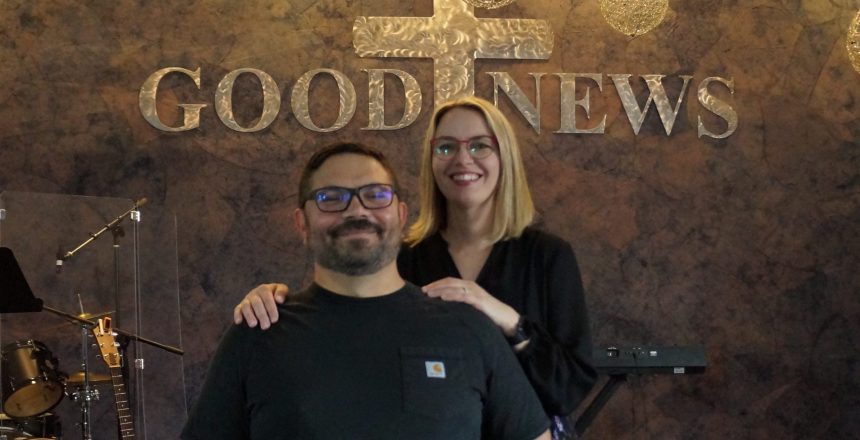 Leaders and members of Nampa’s Good News Community Church wanted to establish a ministry in the poorest part of town. Their efforts to help the burg’s most needy citizens started off with the acquisition of a building on the verge of being condemned. Their sights were set on the former St. Vincent de Paul Thrift Store and Food Pantry in Nampa’s northside, and six years ago, they purchased the property. “The building was in pretty bad shape,” Dan Mangeac, pastor of GNCC, concedes. “We were crazy enough back then not to realize what we were getting into.”

They saw the area from a socio-economic viewpoint and realized that’s where their ministry goals were leading them. “The area has ‘big city problems’ and is the closest thing to an urban ministry in the valley,” Mangeac said, citing poverty and drug addiction as the two main problems.

The departure of St. Vincent de Paul wasn’t the only exiting enterprise to leave a gaping hole in the well-being of Nampa’s northside citizenry. The closing of Paul’s Market more than a decade ago left many without a place to shop for food and supplies; a large percentage of residents do not own a vehicle and cannot drive to other parts of town.

“It led to what the USDA calls ‘a food desert,” Mangeac said.

So, the self-described ‘crazy’ congregation of 120 people at Good News Community Church dived right in. It took them $100,000 and one entire year to re-do the former St. Vincent de Paul building to the point they could re-locate their church there. But first, they had to put 20 percent down and have a reserve at the credit union, leaving them only $500 in the bank. It took them a year to complete the remodel and the move, but through the generosity of many donors, they pulled it off. This coming November, the church will mark its sixth year in its location at 1203 7th St. N.

GNCC decided to partner with Care House, a ministry of Nampa’s First Church of the Nazarene located at 1524 S. 6th St., to help feed its new neighbors. Care House had a mobile food pantry ministry and the two churches teamed up to help feed northside Nampa residents. Then, three years later, Good News teamed with the Idaho Food Bank and started its own food ministry apart from Care House. The church had a small open lot off to the side of its refurbished building and decided to construct another building there and become a 501(c)(3) non-profit called the Good News Food Pantry.

Good News worked with local construction companies that felt called to help with the need in the neighborhood and got the building costs down to a manageable sum — though still high. The church had been fundraising when it was approached by members of the Church of Jesus Christ of Latter-Day Saints. They have a church in the same area and wanted to give Good News a $100,000 donation to complete its pantry project. The local LDS membership had to seek permission from the highest-ranking LDS leadership in Utah to proceed with the donation; but after much prayer by the LDS leaders, permission was granted and a check was cut.

“We had been praying for how to finish the building and felt the Lord would provide. The Lord came up with sources that we would not have expected,” Mangeac said. “We finished the food pantry last November and got it stocked, and the LDS church sent a full semi of food.”

With the addition of the new building, the church can now store more food and feed more families, which frequently comes to around 100 to 150 families a month.

Working in partnership with Healthy Impact Nampa Coalition’s food access team and a group of Treasure Valley Leadership Academy students, Good News Community Church is also hands-on involved in a mobile food pantry called The Traveling Table. It’s an old FedEx truck re-designed to look like a food-mobile. It delivers needed sustenance to two sites — the Lighthouse Rescue Mission and Vida Nueva Church of the Nazarene, both in Nampa — on the first and third Wednesdays of the month. The Good News Food Pantry is open on the second and third Wednesdays of the month, helping guarantee there is food available for those who need it, when they need it.

Food aid is not the only ministry of Good News Community Church. It has also “adopted” a school in the area in order to help its students and their families, and GNCC is busy working on building a special house across from the church that would be available to Nampa northside residents for prayer and ministry.

Regarding the church’s outreach to its neighbors, Mangeac stated: “The Lord said, ‘This is not going to be easy or short-term.’ It is done out of love and is a long-term commitment to reach the neighborhood. We’re there preaching the gospel — we even had an outdoor service last summer. In 10 years there have been a dozen churches in this area that have closed or moved; we feel a need to be part of the community.”

Mangeac, who was born in Romania, said the church is multi-cultural and he is blessed to be its pastor. “Our church is a church that loves the Lord, loves people, and loves the community. We love being here. It’s been a challenge, but people can see there’s a church in the neighborhood that cares for them.”

For more information, go to goodnewsidaho.org or on Facebook at Good News Community Church.