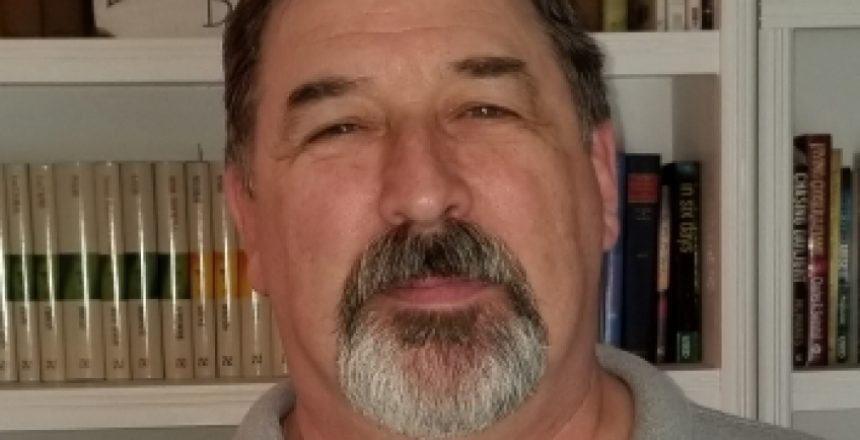 I was hoping to be inundated by wonderful stories from readers from all over about their God Dots. This has not been the case. But God has blessed me personally with so many amazing God Dots that I could talk about them and Him endlessly. From different people that I have had the pleasure of knowing and/or working with to supernatural events that have taken place. So, for lack of another, I want to share one of my favorites from my own life.

To tell this story, you need to know a little more of my backstory, or history. From my birth until age 11, my father was a state trooper. We moved several times during that period, and as there were no cell phones and long distance calls were expensive, it was like all of my friends died every time we moved. I never heard from them or saw them again.

As a little kid, I had no other option than to push their memory out of my brain. Out of sight, out of mind. It was my only form of self-preservation from losing people that I cared about. Add to that the fact that my father was, by today’s standards, abusive, and you could say that I had a rough childhood. I really don’t care to go into detail about the abuse, other than to say that for some unexplained reason, I seemed to be his favorite target (really his only target). Suffice to say that I ended up with some pretty serious anger issues and have been diagnosed with PTSD caused by the severity of the abuse.

For years, I used alcohol and drugs to try to medicate the anger away. To no avail. It felt like trouble followed me, and I was in trouble a lot. It got so bad that I had to leave Idaho in 1983. I moved to Oregon for a fresh start. But, you know what they say — no matter where you go, there you are. You can’t run away from yourself and, almost always, your problems follow you wherever you go.

It was in Portland that I met and married my wife, Cindy. But even her love wasn’t enough to get rid of that anger. Even after becoming a Christian, the rage was just under the surface. I wanted to serve the Lord with all my life, but this anger would show up and ruin everything. I would lose credibility as a Christian. It destroyed the testimony of what God had done in my life. I would erupt and say or do things that weren’t very Christian. It seemed like no amount of love or praying or professional counseling could help.

Then, God called us back to Boise in 2003. I found work as a pipefitter at Micron. I really tried to show people my faith, and God blessed that time tremendously, but the rage was still there. It was just waiting for an opportunity to get loose. It had become a constant battle. It wasn’t getting better, it was getting worse. And fear was getting in on the action now, too.

Fear of losing my wife.

Fear of losing my job.

Fear that everyone would see who and what I really was.

Fear of the depression that was creeping into my life.

Fear that God couldn’t or wouldn’t be able to use me.

I was allowing this thing to define me, and control me.

Then there was a little “shake-up” at Micron. There was a slowdown, and they laid off every contractor and several key maintenance personnel. There was a lot of work throughout the valley, so most everyone who wanted to work found jobs. After a few months, Micron decided to hire people back. When I went back, things were different. I got partnered up with a guy named Don who used to be a Micron employee, but now he was a contractor like me. He loved the Lord. It was all we talked about all day long. I confessed my “situation” to Don, and he started working with me to “let go” of things in my past and to truly forgive people and to forgive myself.

It was nothing short of a miracle. It didn’t happen overnight. It was what I call a “slow miracle.” But Don was patient and loving. He lived his faith and encouraged me to live mine. Don taught me how to love myself. Not in a selfish or egotistical way, but to realize that “God doesn’t make junk.” He used to say that a lot.

Because of the actions of my biological father, I always had a hard time envisioning a loving heavenly Father. A Father that was patient and kind and loved me no matter what.

I grew to love Don. Not only as a brother and friend, but as the loving father that I never had. Things would start to go wrong at work and I would start to get angry and frazzled. Don would pause and put his arm around my shoulder and say, “Isn’t our God good? He gave us this problem, just so that we could overcome it. And we will overcome it. We just have to trust Him.” And, you know what? We did overcome. Time after time.

You might have been through some terrible things in your life, but you know what? You have a wonderful track record for getting through those things. With God’s help, you have overcome 100 percent of the time. Think about it. You’re still here. You’re still trying. He was helping even when you didn’t ask Him to. That’s not to say that we don’t have scars from the hurts but that every time we get knocked down, we get back up (with God’s help).

The scars of my youth have taken their toll, and I’m not what I would call “good friend” material. Because of my youth, my brain doesn’t work the way a “friend” brain should. I don’t think about calling people or keeping in touch. Out of sight, out of mind. So the people who know me also know that I am almost never going to call them just to catch up or chat. I’m just not wired that way. But there are many people in my life who mean the world to me. It’s sad that some of them don’t know it, because, like I said, my brain doesn’t work that way.

But our God is so good! He gave me this problem just so that I could overcome it. And I will and am overcoming it. I just have to trust Him.

Don passed away almost eight years ago. He is home with Jesus now. Man, sometimes I miss him so much. But I rejoice that I will see him again. I retired from being a pipefitter shortly after Don’s passing and dedicated my life, or what’s left of it, to serving Jesus in any way that He calls me to. He uses me, just as I am (even though I am far from perfect). And I trust that He is still working on me.

God can use you, just the way you are. I realized that what Don said was true. “God loves us and has a purpose for each of us, just as we are, warts and all.” Don’t let the enemy speak lies into your life and tell you that you’re not good enough. God made you. You are a work in progress. You are not perfect; but through Jesus, you are loved and forgiven.

Don told me that this was one of his favorite verses in the Bible and it has become one of my favorites as well. “For I know the plans I have for you,” declares the Lord, “plans to prosper you and not to harm you, plans to give you hope and a future. Then you will call on me and come and pray to me, and I will listen to you. You will seek me and find me when you seek me with all your heart.” — Jeremiah 29:11-13 (NIV)

Knowing Don made me want to be a better man. God brought us together at just the right time. I was ready and willing to change but didn’t know how. Don showed me how. If he were here, he would argue that it wasn’t him at all. He would say that it was “all God.”

There are so many more wonderful things that I could say about Don, but there wouldn’t be room in this whole magazine. Suffice to say that I would not be the man that I am today if God hadn’t brought us together. And that, my friends and beloved, makes Don a God Dot. Gone from here but not forgotten. RIP Don Barbee, 10-13-2011.

Jim Day is a commissioned pastor of the Evangelical Presbyterian Church. He and his wife Cindy currently serve in ministry at Idaho State Juvenile Corrections in Nampa.