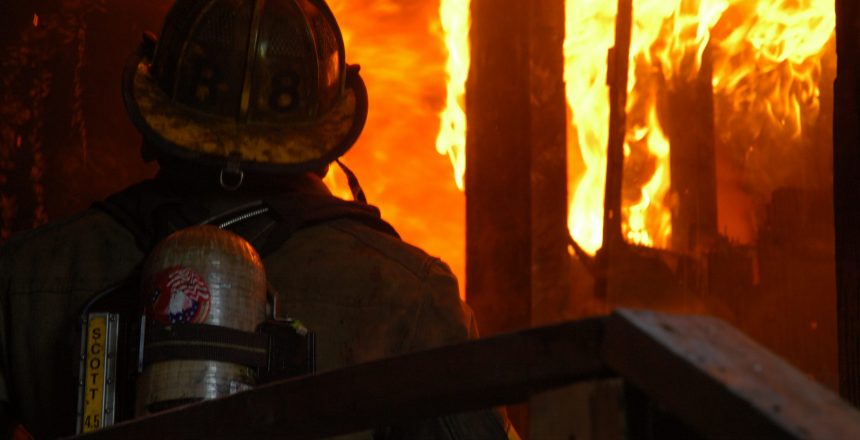 Firefighters around the world work to keep others safe. The Fellowship of Christian Firefighters International helps them stay grounded in the faith. (Courtesy photo)

Where would countries and communities be without their firefighters? It’s no joke to say they’d literally be up in smoke. Firefighters exist all over the world. To help meet the spiritual needs of these brave men and women, a group of firefighters in Denver started a faith-based organization in 1977 they called the Fellowship of Christian Firefighters International. Its current president / missionary is Craig Duck. A resident of Virginia, he travels the globe launching fellowships for firefighters wherever there is interest.

Why would anyone want to be a firefighter, with all the heat, the smoke, the damage and the danger?

“To be honest, it starts when you’re a child and you see the firetrucks going by with their sirens blaring, lights flashing, and going through red lights,” Duck said.

Duck started out as a volunteer firefighter in 1981 in a small community in Upstate New York, where his dad was a volunteer. In 1986, he was hired as a Washington, D.C. fireman and detailed to a firehouse. It was there he met FCFI member Don Biggs and got involved in the fellowship. He worked as a firefighter for 28 years and rose to the rank of lieutenant. Now retired, he was named president of FCFI in 2012.

The organization would like to have a fellowship in every state in the U.S. and currently has 33 local fellowships across the country. Being a firefighter is a time-honored tradition in America. “George Washington was a volunteer firefighter, as were 5 founding fathers,” Duck said.

There are also FCIF chapters in countries such as Kenya, Zambia, Ukraine, and Canada.

“People say, ‘Faith in the fire service — what’s the big deal?’ Having a group like ours provides hope, the opportunity to talk things through. There are increasing rates of divorce and suicide among firefighters. Having a faith-based group helps people cope with things like that and helps communities to keep good firefighters,” Duck said.

He explained that fighting fires and being a fireman are not like a television show, with all the storylines of success and saving people and being heroes all the time. In actual firefighting scenarios, not everything turns out well.

“It’s worse now than in the past; you have school shootings, fire fatalities, auto accidents that involve fire and fatalities, medical-related calls. … Firefighters are called out to all of these; less than 20 percent of what we do involves just fires,” said Duck.

“You’re going to be nervous, mostly after the fact — when you’re fighting a fire, you’re focused on that mission.” But firefighters may experience PTSD following some of the more harrowing things they witness, according to Duck. Faith and fellowship can be helpful and healing.

Local fellowships can be run in a way that suits that fire department. Some may meet once a month, some more often. “We encourage Bible study for group members,” Duck said. And many local members get together for breakfast once a week. There are also big events, such as a married couples conference, family programs, and a line-of-duty memorial for fallen firefighters.

FCFI maintains a website at fellowshipofchristianfirefighters.org, where they offer daily devotionals and a firefighter-specific Bible titled, “Rescued: The Holy Bible — A Bible for First Responders”,  and sponsor a Bible ministry, giving free Bibles to fire stations. The website reads: “Currently in the United States there are 1.4 million firefighters who serve in over 50,000 stations. Pray with us as we would like to be able to get a copy of the Bible in every one of those stations.”

FCFI members are available to speak at churches, and that may be set up through the website; there is also information about starting a local fellowship. A guiding Scripture of FCFI is Hebrews 10:24-25: “And let us consider one another in order to stir up love and good works, not forsaking the assembling of ourselves together, as is the manner of some, but exhorting one another, and so much the more as you see the Day approaching.”

FCFI has a very active Facebook page, with 6,000 members, and an app called Christian Firefighter Hub that has been downloaded 1,300 times. The “hub” brings together other fellowships, such as Firefighters for Christ, into a single app to facilitate shared faith, according to Duck.

Duck is a big proponent of praying for first responders, so the next time you hear or see a firetruck, don’t forget to hold those firefighters up in prayer, whether or not they are believers. And don’t forget: Our communities need them and they need the support of their communities.

Craig Duck may be reached at [email protected].