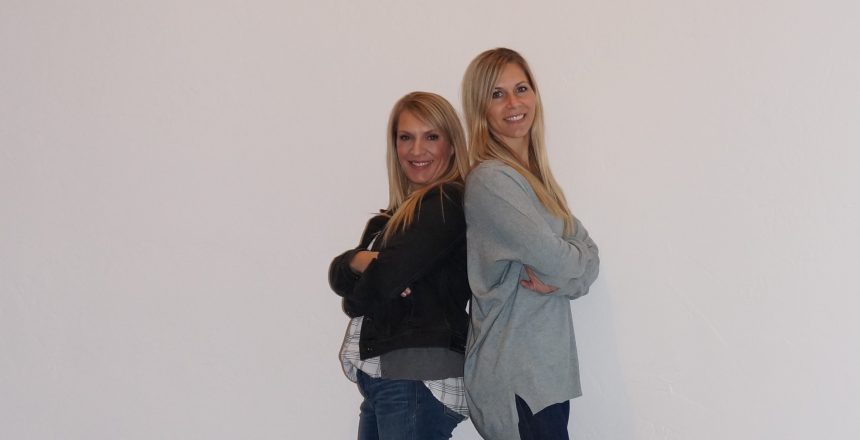 Every community has its underbelly and some of the goings-on in that unsavory underside are actually lawful. Within the otherwise wholesome family atmosphere of Treasure Valley, there are strip clubs legally operating within city limits. Men go there for entertainment; women go there to work.

Now, there’s a small group of women who go there for an entirely different reason: to tell the strippers they are loved. The women of Exalt Ministry, an outreach of Foothills Christian Church in Boise, walk into the strip clubs with a message of affirmation for women who nightly throw off  inhibitions for the sake of a modest income.

On a surface level, it may not sound like much, and what the women of Exalt do is pretty low-key. They carry gift bags full of things women enjoy — such as chocolates and jewelry — into the clubs and give them out to strippers. Also enclosed is a card, telling the strippers they are loved by a God of grace and giving them contact information should they want to leave stripping behind.

“It’s not an outreach we look forward to,” Jennifer said.

“It’s one we brace ourselves for,” Dayna replied.

Their courage lies in the fact the women of Exalt Ministry will not be intimidated.

Dayna originally worked in administrative support for the Idaho Coalition for Justice, an anti-trafficking organization started by Kim Peake, wife of Douglas Peake, lead pastor at Foothills Christian Church. As Dayna worked toward a master’s degree in innovation and leadership from Boise State, she was required to write and present an advocate speech. That’s when she got hands-on involved in the issue of trafficking and wrote an Exalt Outreach Capstone Project paper. Students nearing the end of their college years in Dayna’s major must create a project that encompasses what they’ve learned while working toward their degree, and that’s when Dayna laid out the workings for Exalt Ministry.

Exalt launched three years ago. Prior to that, Dayna studied with a faith-based organization called Treasures Ministries in Los Angeles. Treasures founder Harmony Dust worked in the sex industry beginning at age 19. But it was during this time, after a life of abuse, that she first experienced honor and respect — though not from clients. She wrote in her memoirs, “Scars and Stilettos,” that God pursued her “like a gentleman … with His infinite love.”

He turned her life around. That was, and is, the foundation for Treasures, and Dayna brought everything she learned back home to Boise, and to Exalt Ministry.

The ideal grouping for an Exalt visit to a strip club is 3 or 4 ministering women, or 4 women and 2 men. The men remain in the car but are there for support and protection if needed. Nonetheless, Dayna and Jennifer have trooped into a club completely alone.

“The parking lot is the most scary,” Dayna said. When the two women are walking from their car to the front door of the club, men in the parking lot think they are strippers on their way to work and get a little too friendly with them.

Jennifer also admits, “We have felt scared,” and then mentions a time she felt “a strong sense of evil” at one of the clubs.

They said: “We pray a lot before going and then pray in the car once we get there; we also have a prayer support group upholding us.”

Once inside, it is about a 10-minute encounter, with a mixed reception. They have received smiles and hugs from some of the strippers, who gladly accept the gift bags. But others brush them off.

“Some say things like, ‘I don’t need that’ or ‘I sold my soul to Satan,’” Jennifer said.

The managers and bouncers generally don’t give them any trouble — “they don’t feel threatened by us, and we’ve built longevity with them,” Dayna said — with the exception of a local club that is part of a national chain.

The bouncers can be friendly, and even sympathetic toward the strippers.

“Some of the bouncers seem to get it; they come to talk with us,” Jennifer said. “The bouncers have understanding and compassion. They know the girls have hard lives. One of them told me, ‘They don’t know they could sell insurance easier than selling their bodies.’”

“The bouncers feel they’re there to protect the girls,” Dayna said.

The women explained that a large percentage of the 20-something girls who work in clubs come from a background of childhood abuse and have grown accustomed to the idea their body is not their own but is for others’ pleasure. According to Dayna, some naively think they’ll work as a stripper “just for a while” and then get out. Instead, they risk getting sucked into deeper troubles, including illegal prostitution and trafficking, away from the strip clubs’ confines.

Also, alcohol is readily available at the clubs.

“The women have to ‘power drink’ on their jobs, often to get themselves up for doing what they do,” Dayna said. They end up trapped because they have no marketable skills, and leaving the profession can be more dangerous than staying, especially if they come under the influence of a pimp.

Dayna and Jennifer go to a club every 8 weeks and are working to find “the sweet spot” of when they should go — they don’t want to go too often or not often enough. They’ve gone 18 times in 3 years. They say that going to the clubs and creating a rapport with the girls is their primary focus, and they have established strategic relationships with area anti-trafficking coalitions, as well as organizations such as the Women’s and Children’s Alliance and Chrysalis Transitional Living. They depend upon the expertise and resources of these organizations because of the tremendous challenges in helping a girl leave stripping, get a real job, overcome addictions, and deal with poor mental and physical health and, sometimes, longtime abuse.

Exalt Ministry is planting a seed that could bud somewhere down the road. It is working to open doors in these girls’ hearts — if even just a crack — so that God might work with them at some point in their lives. Dayna and Jennifer have not yet seen a stripper turn her life around, but they will not be deterred from continuing the work of Exalt because their commitment is strong.

Both women are married and have the support of their husbands for this ministry. Dayna said her husband has been one of the drivers who waited in the car for her to return from inside the club. And Jennifer said, “My husband told me to get involved in this ministry to grow in my compassion for others.” Though she laughed as she said this, the conversation pivoted to how easy it is to be judgmental toward women who disrobe, and worse, for a living.

Dayna and Jennifer said their favorite outreach time is at Christmas, when the bags contain special Christmas-related items, such as angels and cards with biblical Christmas stories.

They’ve held fundraisers to pay for their gift bags. They’ve held dinners, where everyone comes to help put together the gift bags, and for worship and prayer; and groups such as Lift, a local women’s organization, donate to the gift bag project, too.

Though it is an outreach with some fear involved, both women feel it is worth it to tell the young women in the strip clubs that, “You count, and we care.”

Exalt is a ministry partnership between Foothills Christian Church and the Idaho Coalition for Justice. It is first and only such organization of its kind in Boise. For more information, go to www.exaltnetwork.com, www.icjustice.net, or www.foothills.org.