Cowboys For Christ: Gospel In The Rodeo Arena 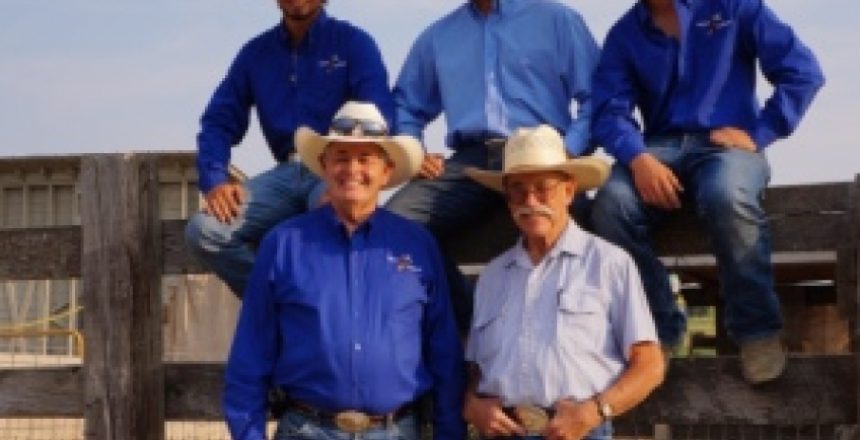 Ridin’, ropin’ and gettin’ right with God: Cowboys for Christ has come to Idaho.

Mike Locknane, chairman of the men’s ministry at Ten Mile Community Church, said he went looking for a ministry targeted toward cowboys when his grandsons decided they wanted to participate in rodeo.

“I had two grandsons who wanted to ride bulls, and I wanted to get them involved in something,” Locknane said, explaining he wanted a faith-based organization that would fit the young men’s interests.

“I should have dropped it because it wasn’t going anywhere,” he said.

Every faith-centered cowboy group he tried to connect with ended up getting away from him like a calf slips from a poorly thrown lasso. Still, he kept trying. For 6 to 9 months, he said, he tried to find an organization for his grandsons, one that he could openup for other cowboys as well. He felt spiritually motivated to do so, he said.

Then one day, he experienced one of those coincidences that, in the end, seems a lot more like something divine and a lot less like “just a coincidence” — he invited Pete Blockhan to church, and Blockhan showed up.

Blockhan wears a cowboy hat and boots and fits the mold of the American cowboy to a“T.” Locknane started to tell him how he wanted to start a Christian group based on rodeos and livestock. Something in Blockhan just jumped with excitement — he had personally known Ted Pressley, founder of Cowboys for Christ. Finally, Locknane found his connection.

“It’s incredible. It’s so obvious when it’s a God thing and not a me thing,” Locknane said.

A wrinkle in the plan was that Pressley had passed away. But when Blockhan contactednew Cowboys for Christ president Dave Harvey, the chute opened. A chapter of Cowboysfor Christ launched in September of 2016, with Blockhan attending the District 2 High School Rodeo in Homedale as his first ministry opportunity.

Locknane’s grandsons not only participate in Cowboys for Christ, they are listed as founders of the local chapter, along with a friend. The young men include: Dillon Green, 21; Bryan Green, 18; and Clayton Snow, 19. Rodeo cowboys to the core, they got baptized in a stock tank in a rodeo arena. When Blockhan attends rodeos — and he feels high school rodeo is his main calling —he has a display full of The Christian Ranchman newspapers, as well as Gospel tracts. Hewears a special belt and belt buckle that announce his faith in God. Locknane, who owns Locknane Accounting in Nampa, runs the business end of the organization. Costs for the nonprofit include Bible study materials and travel costs for Blockhan.

Blockhan quotes Matthew 16:15 as the guiding Scripture for what he does: “Go into all the world and preach the gospel to all creation.”

“I want to get God’s word out there and get people saved,” he said.

Through the main branch of Cowboys for Christ, which is headquartered in Fort Worth,Texas, he achieved status as an ordained chaplain. “It’s a regular course of study — nothing too difficult,” he said. “If I can do it, anybody can do it.”

And in fact, he wants more people to do it. He needs more rodeo enthusiasts to get ordained and help him meet needs at rodeos around the state.

“Christianity is moving through rodeo cowboys like it moved through auto racing,” Locknane said.

Locknane tells the story of how Blockhan conquered the Riggins Rodeo.

Traditionally the first Idaho rodeo of the year, the Riggins Rodeo has a reputation for being wild and rowdy, with plenty of drinking among the fans. “Pete went up there and asked the announcer if he could pray before the rodeo,” Locknane said. The announcer said he’d have to ask the board chair, but Blockhan eventually got the go-ahead to start the state’s rowdiest rodeo with a moment of prayer.

Both men said that, as far as they know, it was the first time in the 69-year history of the rodeo that a public prayer preceded the rodeo action. Turns out, the rodeo clown was a Christian and kept pointing Pete out during the event and telling the crowd he was holding a Cowboy Church, which Pete actually does. Blockhan never expected the clownat the Riggins Rodeo to show such enthusiasm for the ministry.

“The Lord has blessed this,” he said.

Locknane and Blockhan believe people can and should be reached wherever they’re at.Though church can be a literal structure with pews and pulpits, believers — and potential believers — are all over.

“We go to church to learn to reach people,” Locknane said, pointing out that Jesus preached on hillsides and lakeshores. Everywhere a Christian goes is a place to minister, he said.

Blockhan believes with all his heart that a great revival is coming. When it does, he’ll be doing his part to tell people about Christ in the dust, danger, thrills and excitement of the rodeo grounds.