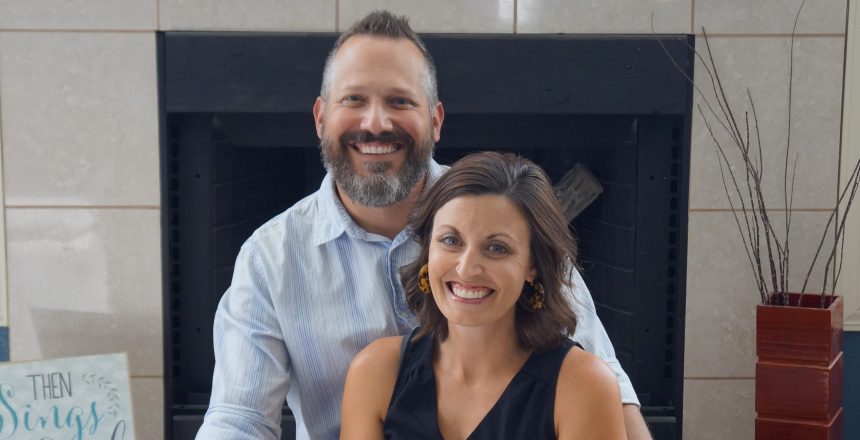 Asher Sears grew up in a non-Christian home where both parents worked in the gaming industry in Reno, Nevada. His mom would make dinner before leaving for her graveyard shift, leaving Asher and his sister to have dinner alone, then fend for themselves until their dad got home. Most evenings their dad ate his dinner alone while watching TV in his bedroom.

Working in casino marketing, Asher’s dad always had posters and calendars from various cheerleader and other similar groups that he would have autographed for Asher.

Asher says of his father, “He would be inappropriate with my mother in front of us… I’m sure that’s what he learned from his father.”

In public, Asher’s father was quick to point out beautiful or scantily-clad women.

As Asher reflects back on these times he feels he was being trained.

When he was 14, Asher found his dad’s pornography videotape collection. Asher remembers his raging teenage hormones, and resolutely shares, “I can still remember those images from almost 30 years ago; that really solidified the path I was on.”

Left alone so much, and with cable movie channels at his disposal, Asher looks back on the softcore pornography as something that only added fuel to the fire.

Asher spent his high school years “chasing girls.” Graduating with a 2.5 GPA he says he always claimed, “I was bored. I never really wanted to put in the effort, but now that I think about it, it was mostly because I was never focused on school. I was always focused on girls.”

During these early years Asher and his buddies weren’t old enough to buy pornography, but they sought it out, even picking up stuff they had found on the side of the road.

He’s quick to add that the girls who’d known him through school could never get past the “brace-faced, glasses-wearing, chubby little kid” he’d been, and that even when thinned out and playing football in high school, things didn’t bode well for him, until he went to college.

He met his first college girlfriend in marching band. He played trumpet. She played saxophone. He admits that she was a “good country girl” who kept things proper.

During this time he met a girl who was dating one of his friends and who made it clear she wanted a physical relationship from him, and nothing more. He thought he’d hit the jackpot! The two eventually started dating, and he broke up with the saxophone player. Looking back he confesses, “I’ve regretted the way I handled that; she didn’t deserve that. That’s a part of my recovery.”

Asher dated the new girlfriend off and on for about two years. During one of their break-ups she informed him she was pregnant. As a non-believer he encouraged her to have an abortion, and when she refused, Asher dropped out of college at 19 and married her.

Asher attempted to join the military to support his new family but couldn’t pass the eye exam, so he started a new job. He remembers those early days: “I would get a job, end up getting fired, and move on to another job.”

Eventually Asher turned to car sales. After work, a bunch of the guys would go to the strip clubs. One evening Asher returned home from one of these trips and his wife could “smell it” on him. Thinking it would fix the problem, she bought him a pornographic magazine subscription. It was about this time that internet pornography started to spread. This deepened Asher’s growing addiction.

When their son was 4½, the couple divorced. Asher was now a single guy. Due to his work schedule, he didn’t have his son often, so he was “on the prowl.”

Asher eventually realized, “This is not who I am. I’m not a player. I took a step back and realized that I wanted something different.”

Asher’s sister was working at a restaurant with another employee named Ashley. She thought it would be great if Ashley and Asher met, and she introduced the two of them.

He and Ashley started to talk, and they both agree, they fell hard for each other. When she became pregnant, he was calmly adamant about getting married, saying, “We knew we were going to get married at some point in time, just maybe not quite that quick.”

Asher fast-forwards to life as a baby Christian and recalls the night of the “fashion show.” He admits, “I’d just given my life to the Lord essentially and didn’t know what I was doing was wrong. It’s what I’d been doing my whole life. I had grown up in it.”

Asher and Ashley remember the next few years differently. Asher continues, “What I do recall is that in my own struggle, as I grew and matured in my faith, coming to know that it was wrong and was not what God wanted for my life. So I struggled with it. Greatly. I lived under a shroud of shame.”

Ashley continued to tell him he needed to get some help.

Asher found a faith-based, 12-step program at a local church that offered a pornography addiction module. He thought it was perfect. It wasn’t at their church, so he was able to attend these meetings with anonymity. No one there knew him, and he didn’t have to fear what they might think of him.

After a couple of months he was feeling much better and wanted to start having “Friday nights with my family so I decided to walk away from the group. Things at home were a lot better, because I realized I can’t be doing these behaviors.”

Eventually Asher backslid, returning to his old habits, and remembers sitting in church service and in his heart and prayers “crying out to God to take this from me, because I knew it wasn’t right, but I couldn’t stop myself.” He continues, “But now I’m living in a cycle. I’m being good outwardly, but inwardly I’m misbehaving.”

Time passed. Ashley is now the women’s director at Bridgepoint Church and had encouraged Asher to attend a new 5-week program, the Conquer Series by Pure Desire Ministries. He recalls the first night was a like a “breath of fresh air.”

This group was led by another man who openly shared his own struggle, its impact on his marriage, and the freedom he’d found through the Pure Desire program.

Ashley said, “The Pure Desire program is a Christian-based organization that marries and talks about the science behind how our brains are wired and biblical truth about how God created us and what His design is. The component that I think has been missing in some other things and other recovery in the past was the science aspect of wiring and the actual physiological effects that pornography has on your body.”

Asher soon loved this program. He explains, “It was amazing because it helped me to understand I was living in this feeling of helplessness… But now I’m seeing through this program, there is hope. It’s not ‘pray harder, try harder, and it’ll get fixed.’ There is scientific evidence to back up how you can renew your mind and the process to go through. That was a beacon of hope that helped me to feel that there’s a light at the end of the tunnel.”

After the third weekly meeting, Asher was telling Ashley how much he loved this program and she asked why. He came clean, confessing that while she’d believed they were in a “good place,” he was back to his old habits. He shares, “It broke her heart, and it broke my heart to break her heart, but I felt like it was time.” Although this wasn’t the first time Asher had made this confession, he was determined this was the last.

During week four of the Conquer Series, the leader shared that the next step in the Pure Desire program is the Seven Pillars series, a year-and-a-half program of in-depth work. This time Asher was ready to make the commitment.

Many guys signed up; some dropped out, until there was a core group left working through the Pillars in-depth study, digging up their past, and finding healing through it all.

Asher came to realize he was using his addiction to cope with past hurts and traumas. Although painful at times, Asher loved the process and knew he had to be a part of bringing the Pure Desire program to other men who felt just as helpless and hopeless as he had once felt.

As sometimes happens, the gentleman leading the group ended up leaving Bridgepoint, and the Pure Desire program. Asher stepped up to lead the few remaining weeks. Later, as fall approached, their pastor asked Asher if he would be willing to start a new group.

Asher shares, “ This (2020) will be my third group. Starting off with the 5-week Conquer Series. I’ve stood up in front of each of these groups and shared my story. Where I’ve come from, the struggles I’ve dealt with, and that I still deal with.”

He goes on to explain, “Pastor Ted Roberts (founder of Pure Desire) says that it’s a two- to five-year process to find true freedom and complete disconnection from the depth of the addiction.”

Asher continues, “Standing up in front of these guys, without that cloak of shame being held over me anymore, being able to talk with freedom about where I’ve been, what I’ve dealt with, and the freedom I’ve found…”

Asher plans to continue to lead and share. His hope is to mentor other men to lead additional groups as well.

Asher starts a new Conquer Series each September and is quick to point out that there are several other churches in the Treasure Valley who offer the Pure Desire programs for men struggling with pornography addiction, as well as programs for their wives who struggle beside them, helping each couple to find hope and healing together.