The Great Mystery – Something ‘Confided to the Initiated Ones’ 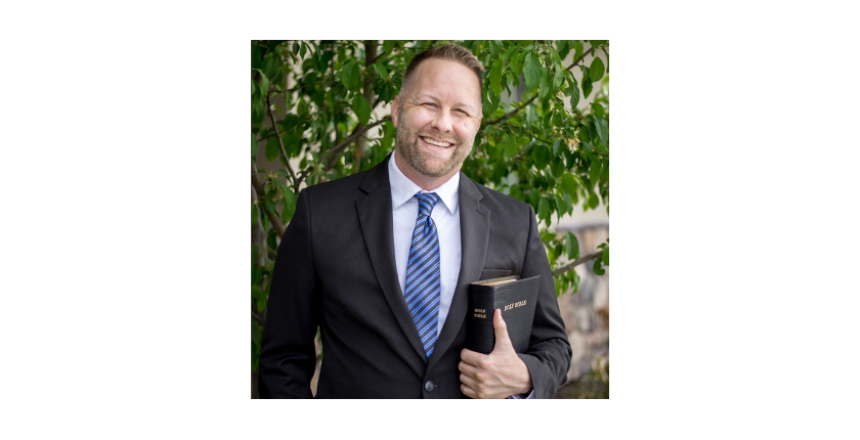 People believe many different things in the Bible. For example, some Christians believe that upon death, they immediately go to heaven to be with Jesus. Others believe that a saved person is asleep, unconscious, awaiting the return of Jesus, and along with others will only be made alive at that time in the future.

And another example, some Christians believe that a word not used in the Bible, the “Trinity,” defines our God as a three in one being. Others believe that Jesus is exclusively the Son of God, a man seated at God’s right hand, a human who is subordinate to the Creator, God the Father.

The only way to sort through these doctrines is to see what the scripture says, not merely what we think it says or have been told it says. Wouldn’t you like to know these things with confidence for yourself, instead of relying on tradition and what the “majority” assumes is true?

For our topic in this article, we will be looking at an important subject in the New Testament, “mystery” (Greek = musterion) and specifically the greatest of all mysteries, the one called “great” in 1 Timothy 3:16. This mystery does not refer to the Trinity, nor does it refer to entering heaven. Our only way to know is to look at what the Bible says!

As used in the Bible, what does the word “mystery” really mean? Modern English defines this word as “something that is not fully understood, something that baffles us.” This is NOT the meaning of the word in the Bible. One definition of the Greek word musterion: “something hidden from the ungodly and wicked and ordinary mortals, but plain to the godly, something confided to the initiated ones, and no longer hidden once it is unveiled.”

A person without spirit, not saved, who only has a body and soul, is referred to as a “natural man” in the Bible. They cannot understand this topic, as it says in 1 Corinthians 2:14, that such things as the mystery are “foolishness” unto such a person.

Who specifically was this mystery hidden from and why? At first it was hidden from everyone. Even though prophets searched diligently in the Old Testament Scripture, they could not see it, because God alone knew of it. 1 Peter 1:10 reveals that believers certainly knew of the sufferings of Christ (already happened) and the glory of Christ to follow (we are still waiting for this), but they didn’t know what happens in the middle of these two key events.

God did not want the Devil or any evil spirits, figuratively referred to as “the princes of this world,” to know about the mystery, otherwise they wouldn’t have killed Jesus. Lovingly, God had provided a way for us to receive salvation, to be redeemed, and He gave that responsibility to Jesus Christ, who accepted it and accomplished it in full by laying down His sinless life for us.

1 Corinthians 2:1, “…declaring unto you the MYSTERY” [should be Greek word musterion, some versions translate it “testimony” or “God’s secret plan” or “the secret of God”] and 2:7, “But we speak the wisdom of God in a MYSTERY…”; and 2:8, “Which none of the princes of this world knew: for had they known it, they would not have crucified the Lord of glory.”

When was the mystery revealed and how? It was revealed AFTER Jesus saved us, once it was too late for Satan to stop it from happening. Although the mystery was in application starting on the day of Pentecost in 28 AD, it was not fully known until Paul received the detailed content of the seven church epistles from God, from 52 AD – 63 AD. It was revealed to us via these writings, inspired of God, verbatim.

Romans 16:25-26, “…according to the revelation of the MYSTERY, which was kept secret since the world began, but now is made manifest, and by the scriptures of the prophets…”  This is the final thought of the entire book of Romans, the foundation epistle addressed to our Age of Grace. It must be important!

Ephesians 1:9, “Having made known unto us the MYSTERY of his will…” God made known the mystery to “us,” those people to whom the letter of Ephesians is addressed to, “the faithful in Christ Jesus.”

Exactly what is the mystery and how does it apply to us? Colossians 1:26-27, “…the glory of this MYSTERY among the Gentiles, which is Christ in you, the hope of glory.” What’s more powerful than one Jesus Christ on earth, walking with the power of God? How about millions of people on earth with the same power of God! Jesus had to leave for this to become available for us. Getting “Christ in you” is a figure of speech referencing the power of Christ, the anointed one, which literally comes to each of us as a gift of spirit from God.

Ephesians 3:3, “…by revelation he made known unto me the MYSTERY…” and 3:4, ”…when ye read ye may understand my knowledge in the MYSTERY…” and 3:6, “That the Gentiles should be fellow heirs, and of the same body…” and 3:9, “And to make all see… the MYSTERY, which from the beginning of the world had been hid in God…”  That is the mystery, that each person, no matter who they are, if Judean or Gentile, can get this wonderful thing, “Christ in you,” also known as the gift of the Holy Spirit. That’s why it was hidden. That’s why Satan is freaking out about it. That’s why it’s so awesome. It is the pinnacle of information revealed to the born again believer. We can all be part of the one body of Christ.

Like Paul, we want to speak the truth and let others know about the mystery. We want to live it, by making full use of this wonderful gift. God bless you! . . .

Steve Nelson has been a Bible teacher for over 25 years. This article comes from “The Great Mystery” Segments 21-25 of “CORE,” a course for families on how to read and understand the Bible. See T4FAMILYCENTER.COM or reach Steve at [email protected].