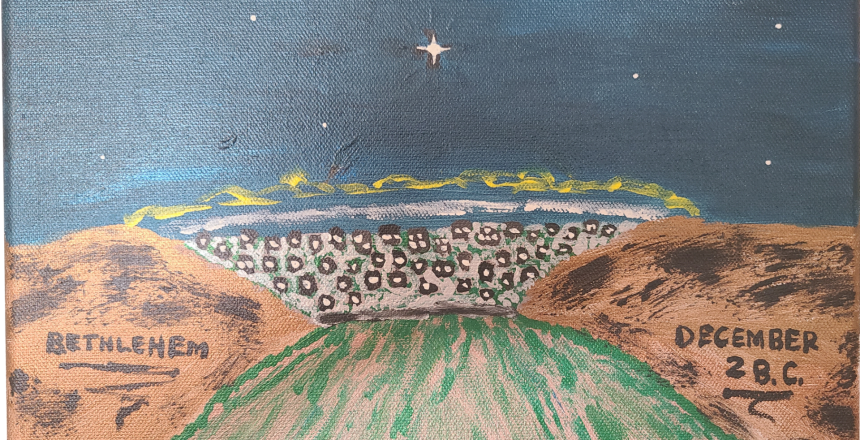 For 4,000 years since Adam and Eve left Eden, people anticipated the coming of the Savior, promised by God since Genesis 3:15. Well, he arrived! As predicted 600 years earlier in Micah 5:2, Jesus was born in a small town in Judea, Bethlehem, the same birthplace of the second King of Israel, David. It was first the home of David’s great-grandparents, Boaz and Ruth.

Jesus’ birth was the most anticipated event ever. The details of Jesus’ first night in Bethlehem are recorded exclusively in Luke 2:1-20.

There is a second event in Bethlehem during the young childhood of Jesus. The details of Jesus’ last night in Bethlehem are recorded exclusively in Matthew 2:1-14.

Traditional Christian assumptions have placed these two separate events together. However, WHEN each occurred is completely distinct. The shepherds are involved in Luke 2, in a time of the year reasonable for shepherds to be out in the field, September. According to the Hebrew calendar before it was changed, September was once the very beginning of the Hebrew calendar year anyway, thus having the Feast of Trumpets occurring then. The wise men are involved in Matthew 2. According to astronomical and historical and scriptural evidence, they arrived in Jerusalem to speak with Herod the Great in December of the following year.

Let’s look together at Scripture to see details of Luke 2 and Matthew 2. Together they form two fantastic pieces of Jesus’ biography. What astonishing details are revealed, written so simply and clearly in the Word of God.

How did “they” know where to go and when?

First the shepherds… “THEY” (thus total number unknown, at least two) were “keeping watch over their flock by night” and were told by angels where the Savior had just been born! The moment of time the shepherds arrive, just as the angels had told them, would be specifically when the newborn was “wrapped in swaddling clothes” (Luke 2:12), an Eastern custom by which parents demonstrated they would raise the child uprightly. This was done immediately after birth, the young child wrapped in small pieces of special fabric, for just a few minutes, signifying this important commitment of the parents. In fact, if Jesus had not been wrapped in swaddling clothes, especially for nobility to be a king someday, he would not be respected. For the shepherds to show up at this exact time was remarkable.

As for the wise men… “THEY” (total number unknown – it says they gave three gifts but likely traveled in large caravan, the only way they got Herod the Great’s attention as a large group) had studied astronomical details since at least the time of Daniel, over 400 years! These Persian astronomers noticed major astronomical events, specifically regarding the “king planet” Jupiter (His star), Venus, Mars and Mercury in conjunction in the constellation Leo, the constellation designating Jesus, called the “lion of the tribe of Judah” (Revelation 5:5). Upon seeing these extraordinary sights, the wise men knew the king had been born in Judea and they began their journey. Arriving at the logical place to start their search, Jerusalem the capitol, Herod’s scribes pointed them to Bethlehem (Matthew 2:5-6). They found out where Jesus was in Bethlehem specifically because the shepherds told so many about it earlier in the previous year (Luke 2:17-18).

Upon finding Jesus, who was there?

The shepherds found Mary and Joseph and “the babe” (Greek word brephos, a newborn baby) “LYING IN A MANGER”. They were not in a manger because they were poor, but because there was no room at the inn. No wise men mentioned in Luke 2.

The wise men found Mary and “the young child” (Greek word paidion, a toddler, young child, NOT a baby) “IN A HOUSE”. No longer in a manger, they had settled down in Bethlehem for now. No shepherds are mentioned in Matthew 2. Also note, Joseph wasn’t mentioned either. Perhaps Joseph was out working or something; the Scripture just doesn’t say.

What happened after seeing Jesus?

The shepherds stayed local. The wise men departed back to Persia. Joseph and Mary first arrived in Bethlehem as part of their national census obligations. They left for Egypt to escape the wrath of Herod.

We can rejoice at reading AND understanding these details. How awesome that Jesus was born at all, was protected from evil and would eventually grow into a man and save the world. Whether we designate a date in December or not, I’m grateful we celebrate the birth of Jesus at all.

Since these two epic nights, Jesus’ very first and very last nights in Bethlehem, it’s been over 2,000 years. Next we await the RETURN of Jesus some day in the future. He’s comin’ back for us! God bless you!

Steve Nelson has been a Bible teacher for over 25 years. This article comes from Segment 73 of “CORE”, a 24-hour course for families on how to read and understand the Bible, now in digital format. See T4FAMILYCENTER.COM or reach Steve at [email protected].