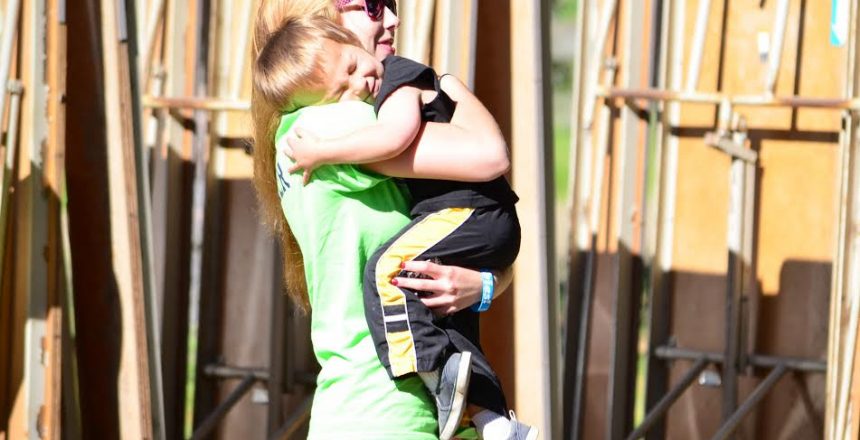 When Rhonda Encinas moved to Idaho 30 years ago, she sought to leave her past behind and live a quiet, anonymous life. In the previous state where she had lived, she’d been married to a man she calls “violent,” and she suffered his abuse. It was when he was eventually murdered that Rhonda packed up and left. The serious turn of events made her want to flee to a safe little corner of the world where no one knew her history.

“I had no plan to share my experiences,” she said. “But God had a different plan. He’s going to use your experiences to make good out of them, even really bad ones like I had.”

Initially after the move to Idaho, Rhonda flew under the radar for quite a while. But in the early 2000s, she started a regular women’s Bible study group; and, at one point, the members of the Bible study were asked to take home a questionnaire and fill it out. One of the questions asked the women to state whether they had ever been abused or not.

Half the women in the group said they had experienced, or were currently experiencing, some form of abuse. The other half of the group was offended and angry by the question and told Rhonda that wasn’t the kind of thing they came to Bible study for. Rhonda said she felt her heart was with the former half of women, so in 2002, she started a Bible study support group for women experiencing domestic violence and sexual assault.

“I had so much compassion for women who were suffering,” she said.

She connected with a national group called PASCH: Peace and Safety in the Christian Home, started by a woman named Cathie Kroeger. A PASCH conference was planned for Portland, and Rhonda attended, meeting Cathie and other PASCH leaders. “They became my friends,” she said. “They took me under their wing and flew me around the country.”

She learned a lot that way, and it was the foundation for what she was going to end up doing in Priest River: launch a faith-based non-profit called Priest River Ministries Advocates for Women. Rhonda serves as its executive director.

“Our little Bible study became a big support group,” said Rhonda. That, as it turns out, is almost an understatement. It has turned into a huge, multiservice non-profit, with sites in three Idaho communities. But its humble beginnings were in a church with a handful of people. It eventually bounced around from church to church. “It caused a lot of division in the churches, because leaders and members felt the church looked bad that church women were being abused. But that was God’s way of getting us out on our own,” Rhonda said. “God grew it and got both men and women involved.”

There are now three domestic abuse shelters, and the list of services now offered is extensive and includes, in brief, a 24/7 helpline, client transportation, court assistance, tutoring, and more.

One of the biggest services are facilities where free food, clothing, and supplies are available so that families have access to products they need. Rhonda said having access to everyday essential items keeps the stress down in families. “When you keep the stress down, it keeps the violence down.”

Rhonda explained that the women who seek help from Priest River Ministries often need to start all over from the bottom up. They need more than an overnight stay in a shelter; they need to work on putting their entire lives back together, with help.

“They stay with us for years, and continue to receive our services,” said the executive director.

The budget for Priest River Ministries is large, and funding comes through grants and donor and community support. In all, donated aid comes through individuals, businesses, and churches, and includes both money and services.

“It’s a miracle,” Rhonda said, also stating that the ministry is so big and helps so many, she’s astounded at how God provides for it all.

Accountants keep track of all the funds. “Every single penny is triple-checked. People give to us expecting us to do what they ask us to do,” said Rhonda. “This is a gift given to us – a gift! – and we have to be careful about where and what we do with the money.”

Asked how many people avail themselves of Priest River Ministries services in a month, Rhonda explains she doesn’t like to deal in statistics or figures exclusively because the value of what PRM does can’t always be measured that way. “If an entire family is transformed through our help, and it thrives, it transforms the community in return.”

In other words, the family gives back in ways that can’t be quantified when it becomes a happy, cohesive group that contributes to the good of the town – “if we help one family, the whole community benefits.”

Nonetheless the non-profit does keep figures, and Rhonda said that on average, roughly 350 people come for services during any given month, and that may include some people who return for services, as well as new people availing themselves of services for the first time.

The ministry just keeps growing. Rhonda said, “Two years ago, we had two paid positions, and now we have six.” That includes paid advocates, a receptionist, and Rhonda – “I get a little,” she said.

The ministry gets a lot of volunteer help, including many men who make themselves available when something needs fixing.

Regarding the churches that still don’t want anything to do with them, she said, “Some churches think we advocate divorce. We don’t advocate divorce, and we don’t tell the women what to do. We don’t even suggest anything. We want to build them up to make their own decisions; we give them options. We never say anything like, ‘You need to leave your husband,’ but if they want to do that, we’re going to help them the best way we know how. If a woman wants a divorce, that’s between her, her family, and God.”

Rhonda gives high praise to the citizens of the area for how they help Priest River Ministries thrive. “The community as a whole is amazing,” she said, and to illustrate her point she tells about when COVID-19 first struck the area and many people lost their jobs.

“The hotels put up 28 people for free. Since those people had no food, individuals in the community started cooking for them. They donated homemade meals for breakfast, lunch and dinner. They came constantly and left us with meals in all three communities.

“It was just a miracle. We worked seven days a week. The people in Priest River worked hard and stepped up – even those without religious backgrounds,” said Rhonda.

Wendy Gruner, a 9-year volunteer at PRM, feels that working at the non-profit is very fulfilling. The staff is like a family, she said, and always tries to make the women who come there feel like family too.

“I regularly – daily – tell myself I’m being the hands and feet of Christ,” Gruner said. She said she tells herself that even on days when nothing is happening, because there are quiet times and downtimes when no one comes in for help. But she’s there, waiting; and then one day, a woman walks in who needs a lot of help, has no food, no job, no place to stay, and is trying to get away from an abuser. That’s when Wendy’s really glad she’s there, even if it meant a number of days of inactivity.

“We’re there night and day…waiting…and then a woman comes in and we have a lot of work to do to help someone. Waiting is a service to the Lord too. It’s fun to see the Him work things out, and the answers to prayer.”

And what does she have to say about the executive director? “Rhonda is a good mentor, and she’s a force to be reckoned with. If anything ever happened to me, I’d want her in my corner.”

Hundreds of women have had the opportunity to meet and be blessed by the “force to be reckoned with” in North Idaho.

For more information, go to prmafw.org or check them out on Facebook.