Garden Lessons: Gardening As Co-Creating With The Creator 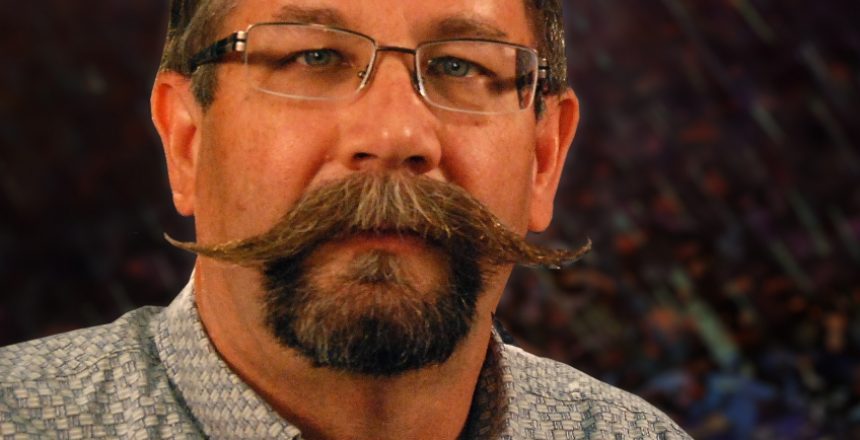 The creation story, found in the first chapter of Genesis, begins in a lifeless world of darkness and chaos. Then God acts. Initially, it is His breath — a Hebrew word also translated as spirit — that hovers or blows across the lifeless darkness and the formless deep. Shortly thereafter in this mythic telling of creation — “mythic” meaning the story holds a literary truth rather than being fictional fantasy — Scripture records God’s spirit or breath being transformed into “words.” Rather than an inarticulate blowing of the spirit, we hear that breath transformed into intentionality. God speaks, “Let there be . . .”

The late Eugene Peterson, author of many books including The Message, noted that God creates with a word eight times in Genesis, and that, “The eight sentences account for everything that is; the scope is comprehensive. ‘Create’ accounts for everything that is in heaven and earth.” While counting the number of “create” sentences may be too “literalist” rather than “literary” for this author’s taste, nevertheless, the “ex nihilo” — out of nothing — point echos other Scripture, such as Hebrews that notes, “what is seen is made out of what did not appear.” (Hebrews 11:3 RSV)

In this amazing world where teeming life emerges out of nothing, God on the final day of creation fashions humankind, creatures who are in some senses “god-like.”

“Then God said, ‘Let us make mankind in our image, in our likeness, so that they may rule over the fish in the sea and the birds in the sky, over the livestock and all the wild animals, and over all the creatures that move along the ground.’

This short account notes two significant things about God’s intent for humans. First, we are made Imago Dei — in the likeness of the Triune God. Second, it notes that we were created as rulers within this created realm. It may be important to note that the “ruling” is bracketed by the mantra that we are made in God’s image. In other words, we are to rule in a manner that is similar to modes in which He rules. This notion may in some senses speak to the tension between organic and chemically manipulated gardeners (I’ll let you know as soon as that notion becomes clear to me).

Few, if any, say that God is humanoid or even looks human — Scripture notes that even those who experience close encounters with the Almighty have only seen “the back of God” because to see God’s face and full glory would mean instant death — but rather most agree that in some sense humans mirror godly attributes in the sense of our moral, spiritual and intellectual makeup. One significant part of this bundle of attributes is that many humans are cognizant that we are the creatures through whom God’s plans and purposes can not only be “made known” but actually be “brought into existence.” In this sense we are co-creators with God.

This role of humankind as co-creators is brought out as part of the Garden of Eden story found in Genesis 2:19.

In this verse, the co-creative partnership illustrates that God not only breathed life into His creation but then with the gift of language, invited humankind to participate in bringing that creation to fullness with the naming process. I once heard a speculative lecture that interestingly argued that because God’s meaning was so rich and full in the pre-fall Garden of Eden, it would have been impossible for Adam to miss-name an animal.

However, with humankind’s fall God’s meaning was dispersed or diluted. Adam and Eve’s primary sin was believing the lie that “You can be like God determining right and wrong.” In other words, “We can make up our own meanings and ignore God’s.” In spite of Monsanto and other genetic engineers playing god, gardening for the average person reminds us that God’s meaning is still very much in play. One of gardening’s ways of helping us understand God’s meaning is by showing us that God’s good meanings always lie in a web of “right relationships” (known by the Jewish word “shalom”). While it is not entirely a gardening illustration, let me use the following story to illustrate the kinds of right relationships that gardening might teach us.

There are a number of people who have begun to follow in the footsteps of poet-farmer Wendell Berry, who rejects consumerism and encourages people to come into relationship with both land and food through raising their own food. I learned about multi-dimensional relationships involving food through a relationship with African farmers when I first began to travel abroad. I came to international travel mid-life after I was well-trained in a Western mindset of efficiency and bargain hunting, and thus being plunked into the middle of a developing world farmers market — as there were no supermarkets — seemed initially an opportunity to hone my bartering skills, as there were no “set prices.”

It seemed like a game of seeing who was the mentally toughest — would it be me getting the lowest price or would the winner be the mama, selling green beans and holding out for a higher price. Then the local missionary turned this “game” on its head by stating, “The goal of shopping should NOT be the lowest price, but rather a price that creates the best relationship.” He went on to explain that driving the price too low hurts the farmer and without profit she might not come to the market next week. Paying way too high of a price might make you appear to be a naïve tourist who doesn’t deserve respect. So somewhere in-between — but probably slightly on the higher side of average since you are in fact a “rich American” — is the price that should be negotiated so that a proper relationship between you and the farmer might develop. And if done right, that farmer will often hold back her best vegetables just for you.

In future installments, gardening may teach us about right relationships, such as our relationships with time, difficulties and even celebrations.

Born and raised as a 4-H kid in the Treasure Valley, Warren Koch, Ph.D., wandered the U.S. coasts getting way over-educated. As a professor emeritus (fancy words for retired) from Azusa Pacific’s Cinema Department, he now teaches online for Liberty University from his second floor corner office in Middleton (the bedroom’s upstairs in his old farmhouse). In addition to making documentaries and fishing, Koch also attempts to garden (sometimes fruitfully and more often as an exercise in humility).